Been looking through my Reich bibliography and rereading the articles on Mesmer and Reich. As the journals are not that easy to get hold of I thought I would post some notes here...

Numbered Notes from my Reich Biblio on Mesmer and Reich, see here for full Biblio:
www.leonsouthgate.com/reich-biblio.html

See also Demeo's notes on celestial influences upon above devices.

Author notes that Mesmer, who discovered many aspects of life energy, was also awareof muscular armouring.

Mesmer’s human dor-buster (healing hand-passes with one foot in a water-bucket, transforming the healer’s body into an ‘orgone’ conduit similar to Reich’s medical dor-buster). A DOR-buster is a tube device grounded into flowing water for removing negative orgone from an organism.

Attack on animal magnetism in France was very similar to that on orgonomy (although that was in a later century and in the USA).

Mesmer's 'bacquet' was a large wooden tub in which bottles fillled with water or iron fillings were placed. The water had been 'magnetised' or healed. Attached to the bottles were metallic rods and flexible cords which were held by the persons surrounding the bacquet. Their free hand would be connected to each other. Thus the bacquet transmitted energy and connected energy at the same time using metal's ability to transmit life-energy. It has aspects of both the Medical Dorbuster and the ORAC (ORAC is short for Orgone Accumulator Cabinet).

Both men began by examining biological functions and electricity/magnetism but concluded that there was an additional force to electromagnetism at work in organisms and the environment. Mesmer's work has the following in common with the orgonomic view -

A universal fluid can be intensified and it;

Ÿ  Fills all space
Ÿ  Penetrates all matter
Ÿ  Can be stored or conducted
Ÿ  Is associated with the nervous system
Ÿ  Mesmer’s bacquet can be charged with the universal fluid (Reich’s ORAC does the same).
Ÿ  A loss of muscular irritablity (Mesmer) is similar to muscle armouring (Reich)
Ÿ  Sudden release of this muscular holding and energy blockage (irritability/armouring) leads to profound crisis and then healing (and can need management due to possible medical crisis).
Ÿ  Health is wholeness.
Ÿ  Both views argue for the unhindered development of children

“Grounded as he was in his postulation of a universal fluid, Mesmer considered every disease process to be nothing more than a disturbance or disequilibrium of the universal fluid of the body. In searching for the cause of this disequilibrium, he arrived at the conclusion that it was always the muscular fibre which, being either chronically contracted or expanded (or because of its inability to expand or contract at all), impeded the normal flow of the universal fluid. Mesmer therefore sought for the means whereby 1) the patient’s universal fluid might be increased sufficiently so that it could ‘overthrow the cause of the malady,’ or 2) the impeding muscular fibre might be restored to its normal condition of elasticity.”

“In order to accommodate the scores of patients who flocked daily to his clinic, Mesmer invented a simple structure for ‘accumulating’ the universal fluid and applying it directly to several patients simultaneously. He called this device a ‘baquet’ or tub. Essentially, it consisted of a large, covered wooden tub filled with glass bottles. In the ‘wet’ baquet,’ the bottles were filled with water and iron filings. Small iron rods protruded through the cork of each bottle. These small iron rods were connected by larger, flexible iron rods that emerged through holes in the lid of the baquet. The flexible rods were held by the encircling patients. Also, in the wet baquet, water and iron filings were added to the tub itself. In the ‘dry baquet,’ sand and iron filings were used. Individual baquets, or ‘magnetic boxes,’ were constructed for patients who were not ambulatory.

Those familiar with Wilhelm Reich’s discovery of orgone energy and his invention of the orgone energy accumulator and the DOR—buster can readily understand the basic similarities here.”

From pp180: The quack ‘investigation’ of Mesmer:-

“Twenty thousand copies of this voluminous report were printed and distributed throughout the world. (This in the days of hand typesetting and hand press demonstrates the incredible effort employed to obliterate a ‘non-existent’ discovery.) At the same time, however, a secret report was drawn up by the commission and presented to Louis XVI-its subject; the dangerous moral aspects of animal magnetism.”

‘The great common discovery underlying the work of Mesmer and Reich is PULSATION. Pulsation is the main action (called intensification and remission by Mesmer, expansion and contraction by Reich) of what Mesmer called the ‘Universal Fluid.’ This Universal Fluid, like Reich’s orgone energy, filled all space and was the agency of all movement.’

‘This question brings us to the most remarkable and significant relation of Mesmer’s work to Reich’s, for Mesmer discovered muscular armouring.’

‘This could be seen in breathing which Mesmer called the ‘universal expression’ of the Fluid.’

‘However, Mesmer not only passed his hands over the body; he actually pressed the chronically disturbed muscles in order to bring them back to irritability.’ (My note: this is the same process as in the physical side of orgone psychotherapy: pressing on the stuck muscle whilst breathing).

‘The muscular spasms, the strange sensations of movement within the organism, the trembling and the convulsive movements are all typical effects observed within orgone therapy. It goes without saying that this is not all of what happens in orgone therapy – but neither, I believe, does it fully describe Mesmer’s treatment. Mesmer describes people sitting around the famous bacquet having sudden outbreaks of laughter, anger or weeping. From the descriptions of Mesmer by his contempories, from his writings and from his general attitude toward life as shown in these writings, I feel he had a strong sense of contact with the patients he was treating, a sense of his own moving energy mingling with theirs.’

‘Mesmer and Reich both believed that the functions of the living organism were the expression of a cosmic process. Mesmer stated what amounts to an early view of self-regulation.’ (My note: Reich believed that healthy children were not truly known in our armoured, sick society but that we should attempt to study what health in childhood constitutes and that children should be free to express themselves safely without undue interference from adults, apart from loving care. Mesmer believed children should be ‘unimpeded’ and would naturally find his own ‘development and instruction’ if given freedom to express movement. Like Reich he believed children should be surrounded by children of their own age without overt adult interference and that infants should be immersed in the contact of their mothers. Both believed education should follow natural principles and follow the child. Mesmer believed children should not be taught words till later in childhood (6 or 7) according to this article.

Article also notes that both men believed that the true perception of the universal force was often hidden within distortions of mysticism and religion but not that these things are in themselves untrue. Reich would say that ‘everyone is right in some way’.

1. Universal Fluid, (Intensification and Remission, Fills All Space, Penetrates All Matter, Carried by Nerves, Can Be Stored, Conducted)

1. Orgone Energy, (Expansion and Contraction, Fills All Space, Penetrates All Matter, Carried by Nerves, Can Be Stored, Conducted).

An extra note that has just reminded itself to me is the following: both Mesmer and Reich used iron or iron-based metal to attract the 'force' and water to 'ground' it. Also Oriental medicine uses iron-based metal (steel needles) to attract or disperse qi. It is not a coincidence because it is simply the same 'force' functioning in similar ways... 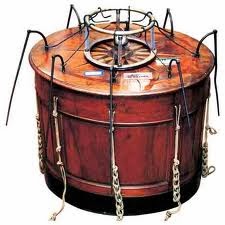 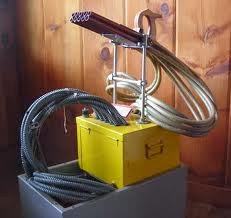 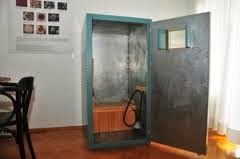 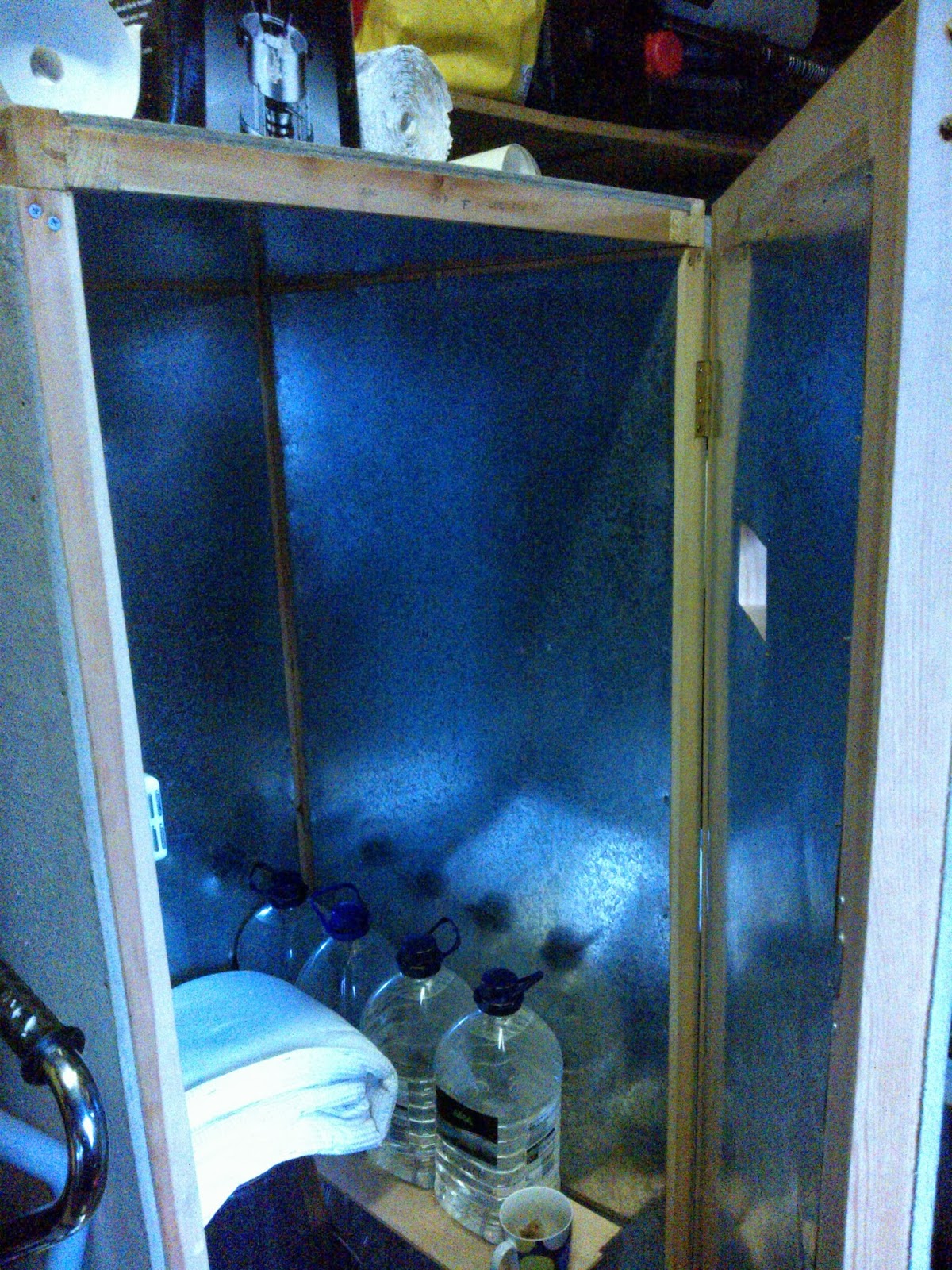 Leon Southgate
All my work is linked from www.leonsouthgate.com